Derelict is a top town shooter, rogue like (like) set in the far distant future. You have woken up from stasis long after the fall of humanity and must try to survive in this hostile galaxy. Luckily, thousands of years of human colonization have left countless derelict space craft, abandoned space stations and the crumbling remains of human settlements ripe for looting.

Unfortunately the galaxy is not quite dead yet. Genetically modified organisms, hardened for hostile environments, ancient mechanoids with corrupt A.I, rival scavengers, and countless hordes of humans who succumbed to a genocidal nanite plague, infest the dark corners of mankinds broken legacy. 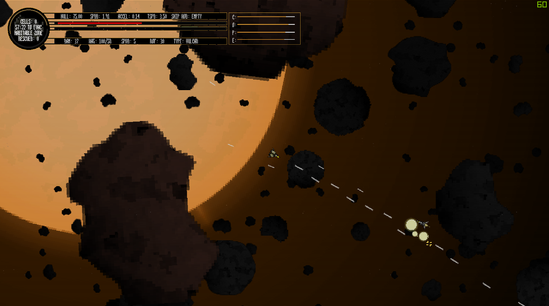